Sporadic fatal insomnia, the thalamic form of sporadic Creutzfelt-Jakob disease, is an extremely rare and deadly “prion disease”. Prion diseases are degenerative neurological conditions caused by a disruption in the production of prion proteins. If you think you might have sporadic fatal insomnia, phone or email your doctor right away to book an appointment.  Your doctor will likely ask you to keep detailed notes about your sleeping habits for a period of time.

In the case that soradic fatal insomnia is not given the medical attention that it needs,  it progresses in just a few months time, causing severe disability, followed by inevitable death. Scientists believe that sporadic fatal insomnia, much like a similar condition known as ‘fatal familial insomnia’, is caused by a genetic mutation. The disruption of prion protein production will cause a change in the way that neurons in the brain are stimulated by calcium. Eventually, the neurons in the brain will be stimulated constantly, and “burn out” due to overuse.

As the name suggests, sporadic fatal insomnia will cause the sufferer to experience insomnia for a few years leading up to the development of additional symptoms. Patients with this deadly disease begin to display an unusual gait; In other words, they lose the ability to walk “normally”. Double vision, slurred speech, and short term memory loss are fast following, and the condition will quickly accelerate from there. There is not yet any cure for sporadic fatal insomnia; There is no treatment or any chance of prolonging the patient’s life. Most individuals with this neurodegenerative disease will only live six months following their diagnosis. Because detection is impossible through MRI (magnetic resonance imaging) or EEG (electroencephalography), the only way to obtain a definitive diagnosis is by performing an autopsy after the patient’s death. 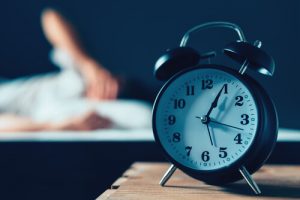 Luckily, sporadic fatal insomnia is incredibly rare, only affecting one out of every one billion people. As of 2011, only sixteen people in the entire world had ever been diagnosed with this deadly condition. This is incredibly reassuring considering that the first person to have ever been identified with this neurodegenerative disease was a Venetian man who died from it in 1765.

While awareness of the disease, and therefore, definitive postmortem diagnoses have increased significantly in the past few years, still only eight cases occurred in the six-year span between 2005 and 2011. So fear not: You have a much better chance of winning the lottery, being struck by lighting, and attacked by a shark all in the same week than you do of developing sporadic fatal insomnia. However, if you are experiencing any symptoms, it is always wise to see your doctor as soon as possible. You may have a curable condition instead!