Problems with the healthcare system

One of the biggest problems for Ireland when it comes to healthcare would be the prolonged waiting time before a patient can receive services. This is especially true for patients waiting to undergo a surgical procedure. This is why many residents would choose to have some sort of private healthcare coverage even if they are covered by the public one.

There would also be a problem with the emergency services in Ireland. Since the cost of getting emergency room services would be free of charge for every patient under the public healthcare system, the staff and equipment available would not be enough to cover the demand. In most cases, there would not be enough nursing staff in proportion to the number of patients who come in for a check-up. 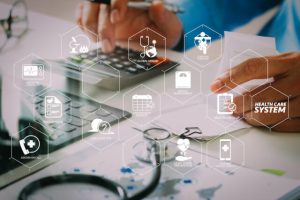 There are many advantages to getting public health insurance. Patients will be able to have more flexibility with the services they receive when compared with the public Ireland healthcare system. They would be able to choose which doctor does the procedure, and also which hospital they will be confined in.

Individuals who are Medicard holders would be entitled to a wide range of services and even medicines free of charge. A little above 30% of the population would have Medicards.

People living in Ireland who do not have a Medicard would still have access to select medical services that are either free of charge or at a reduced cost under the public Ireland healthcare system. Even some visitors who have been living in Ireland for at least a year can be eligible for public healthcare benefits.

Who would qualify for a Medicard?

Some individuals would automatically qualify for full healthcare coverage through a Medicard. Some examples would be people with children that had been diagnosed with cancer in the last five years, patients in foster care and people who have undergone a surgical Symphysiotomy.

If you fall into the part of the population that does not meet the qualifications for a Medicard, you can apply for a GP visit card. Although there would still be some fees involved with this type of medical coverage, visits to a GP would be free, and most medicines you would be prescribed would be under the Drugs Payment Scheme, meaning that they would be at a reduced cost.