It’s usually the talk of the town when celebrities go under the knife back in the day. But as the years go by, we are becoming more open to cosmetic surgeries. Even A-listers are proud of having gone through it. Celebrities who have had plastic surgery even share their experiences and proudly express their gratitude towards the well-known plastic surgeons they worked with.

Most people think that plastic surgery is purely for aesthetic purposes only. What they do not know is that some procedures can also provide pain relief. For instance, breast reduction removes the excess breast tissue, fats, and skin to achieve the desired size. It is usually done to alleviate back pain caused by large breasts.

Before we proceed to name our favorite celebrities who have had plastic surgery, let us first find out the most popular procedures. Some of the treatments are for facial features. At the same time, some are for other parts of the body, such as the breast, hips, and tummy areas.

While there are numerous cosmetic surgery procedures nowadays, here are some of the most loved surgical operations that celebrities and ordinary people often get:

Breast augmentation is also known as a boob job. The idea is to improve the size of the breast by making it bigger. 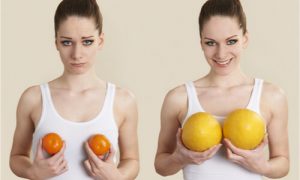 Implants are used to make the breast look perky. But this device only lasts for 15 years and must be removed by then.

Breast lift is commonly done to make saggy breasts look perkier. The procedure includes the removal of excess skin and lifting the breast up to reshape it.

This plastic surgery procedure is done to enhance the appearance of the buttocks. It does not add to the volume of the buttocks but instead lifts it to make the shape more appealing.

This facial cosmetic surgery procedure is done to improve the facial structure and promote a youthful look.

Dermabrasion is an exfoliatin treatment to make the appearance of the facial skin finer. It involves a rotating device that removes the outer layer of the skin to reveal the layer with a fresher look.

An eyelid lift surgery is for people who have droopy eyelids that make them look tired all the time. The procedure basically removes extra eyelid fats and skin to fix the sad eye appearance.

The facelift is probably one of the most well-known cosmetic surgery treatments these days. The technique is done to make a face look younger. Older adults often opt to go for a facelift to hide the signs of aging.

Rhinoplasty, or “nose job,” is also an in-demand plastic surgery treatment these days. As a matter of fact, even ordinary citizens opt for these procedures. It’s definitely a crowd favorite among celebrities and the public.

Lip injections had dominated the world of the cosmetic industry when Kylie Jenner suddenly appeared to have bigger and fuller lips. The fillers are injected into the lips to reduce lip lines and increase their volume at the same time.

If you have unwanted fat from anywhere in your body, liposuction may be your savior. The procedure uses suction equipment to get the fat from the areas that don’t welcome them.

You’ve probably heard multiple celebrities who have had botox already. While it is no longer as prevalent as it used to be, many stars still prefer to get botox than other procedures. The idea is to relax the nerve or the muscle in the face that causes wrinkles.

Saggy arms are natural. It happens as we age. But thankfully, an upper arm lift is now a thing. It removes the extra skin under the arms and lifts it to create a firmer and smaller pair of arms.

Celebrities Who Have Had Plastic Surgery

What makes these celebrities great is that they admit that they have some work done on their body and face. It’s no longer the era of hiding facts as these A-listers proudly share the procedures they have gone through. Let’s name them one by one and see what kind of enhancement they did to themselves.

Yolanda admitted that she once was a slave to botox injections, fillers, implants, and more. She is one of those celebrities who would do anything to keep up with society’s beauty standards. However, she later realized that she is perfect the way she is and stopped getting botox injections a long time ago.

Ariel Winter is a promising young actress that’s just perfect from head to toe. But she recently revealed that her large breasts had caused her so much pain. So, she decided to have them reduced once and for all.

One of the most controversial celebrities in Hollywood is Britney Spears. She grew up right in front of everybody’s eyes, making it easy to spot if she had gone under the knife. She also mentioned that she regularly gets lip injections and botox.

Cindy admitted to having botox injections from the past. She firmly believes in a healthy lifestyle in maintaining a good appearance. But due to aging, plastic surgery such as botox is needed to keep her skin elasticity. 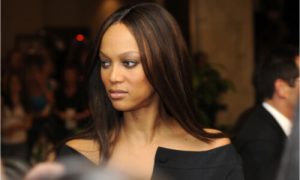 Supermodel Tyra Bank also admits to having surgical procedures to improve her appearance. One of her revelations is that she has done a nose job because of a growing bone in her nose.

Cardi B has always been open about her body enhancements and is very vocal about the various plastic surgeries she had gone through. She is famous for her large buttocks, which she is very proud of.

The Iron Man leading lady admitted to having botox in the past but blatantly expresses her regrets. She is open to any plastic surgery when she reaches the age of 50, but botox is definitely off the table.

This veteran actress is also not a big fan of botox. She has done it once and states that she will never do it ever again.